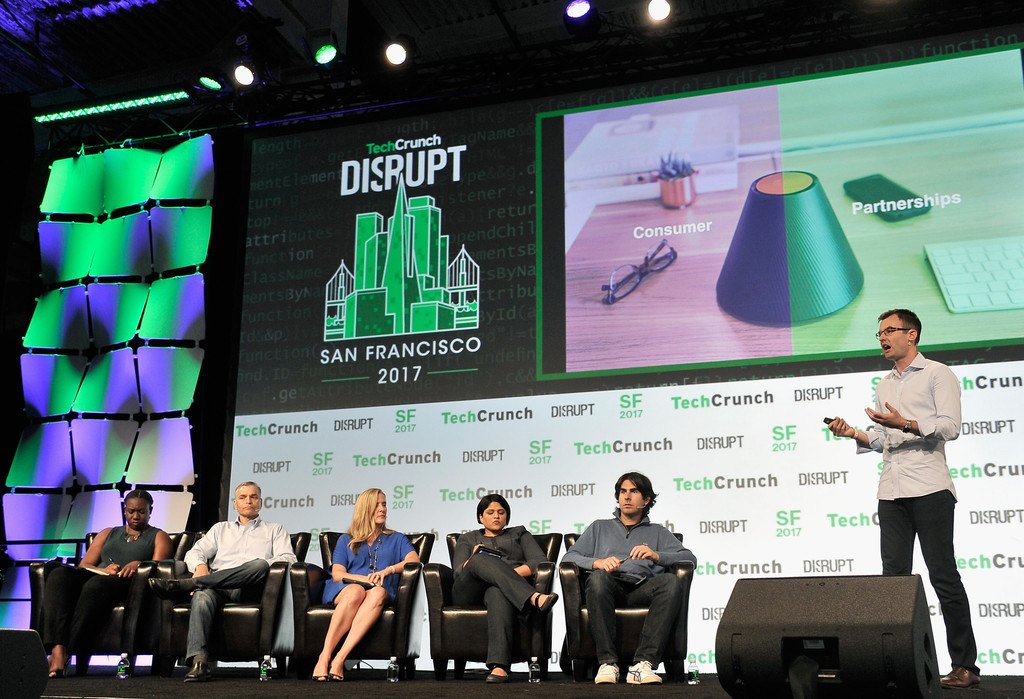 TechCrunch Disrupt is an annual conference hosted by TechCrunch in San Francisco, New York and Europe (London/Berlin), which began in 2011. New technology startups launch their products and services at the event, competing in front of venture capital investors and media.

TechCrunch Disrupt is an annual conference hosted by TechCrunch in San Francisco, New York, Berlin and London, which began in 2011. New technology startups attend to launch their products and services at the event, competing in front of venture capital investors and media.

Notable past participants include Dropbox, Trello and Crate.io.

As a startup it's not always easy to find potential investors to back up your idea. And as an investor it can be difficult to attract companies that tick all the boxes in your investment thesis.

TechCrunch Disrupt, one of the world's most-known tech conferences, struggled with this idea: how could they automate 1-to-1 meetings between their participants and make them flow as smoothly as possible?

“Brella’s solution mapped really well to the need and mindset of the people who attend TechCrunch events.”

Since their partnership began in 2016, TechCrunch and Brella have connected nearly 9,000 startups and investors together at multiple Disrupt events worldwide.

A high emphasis on increasing engagement before the event ensures both startups and investors take the time to create a detailed profile, find the best potential matches, and organize their day in the best way possible.

William Skannerup, Founder of Gentoo App stated that one single connection they found through Brella put them ahead several months.

“I believe that we solved a massive problem here and that put us ahead approximately four months in product development. Just one 20-minute meeting and now we’re here.”

As well, the TechCrunch team uses the Brella event manager to great effect, easily planning multiple events across borders and adjusting the matchmaking interests to suit regional and local preferences.

If you're interested in helping your attendees book more meetings, visit our event matchmaking page and