What started out in 2015 as a single hackathon in Helsinki, Finland, has now started a movement of tech events all around the world.

Junction goes above and beyond other hackathons by bringing together not only developers, but designers and other tech-minded people to create new projects and solve intriguing challenges. They partner with roughly 60 companies yearly to offer the most stimulating problems and latest technology to their audience.

The event-filled year peaks annually with their flagship event, Junction, held in Finland with around 1,500 developers and designers in attendance every year.

Their mission? Technology is a powerful tool when used right, and everybody should have the possibility to build meaningful things with it: that's why all of their events are centered around learning and creating with technology.

"The communication was out of this world. It was awesome how [the Brella team] were always there for us."

In a word? Experience.

"We are a very mission driven company," says Virva Brax, Head of Marketing & Communications. "We believe that when we can connect not only the partners and the attendees, but also the organizer community, we can educate and spread the word of creating with technology and empowering people to do something with it."

Junction prides themselves on being a prime example of hackathons done right, but despite the tech-heavy elements unique to a hackathon, the real magic comes from the collaboration and connectivity between participants.

And while based in Finland, they cater to the global community, with different partner networks in locations around Europe, Asia and North Africa.

"We still wanted to engage our audiences around the world, as Junction hackathons are about the experience," says Brax. "It's not a normal hackathon you have in your high school gym, it's something that gives you that wow effect." 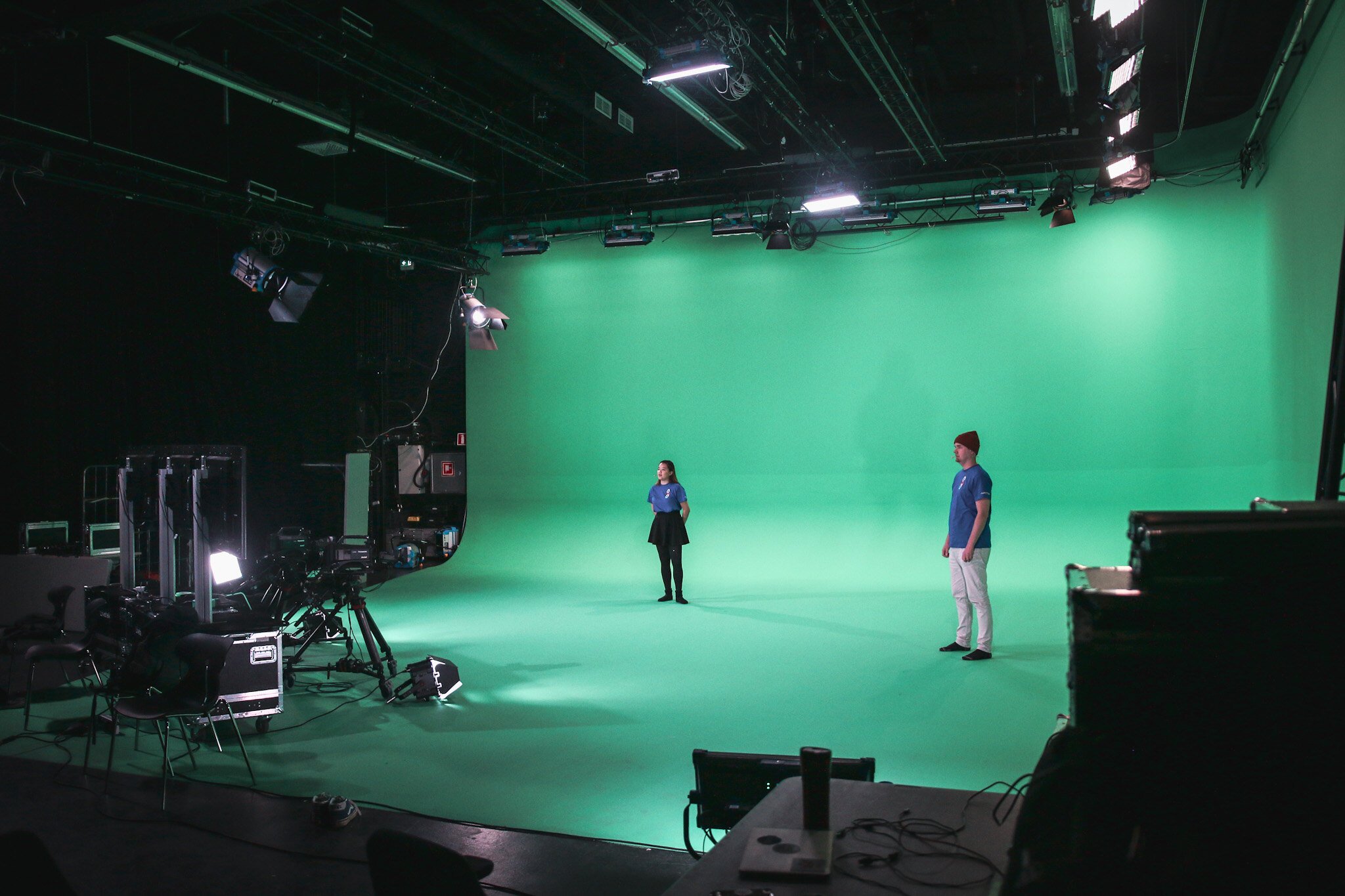 At previous virtual hackathons, they had used a multitude of different platforms, but the team sought to streamline their tech stack with a single platform to use in conjunction (no pun intended) with their own app.

And at the time, there was a small lull in the coronavirus, and smaller, local events were a possibility. So the team realized that there was potential to host a hybrid hackathon.

But how would they manage that? And could Brella serve this plucky startup in their shift to hybrid?

"When talking to the participants, many of them said that the barrier to attend wasn't that high. They had a feeling like they could participate from wherever they were."

Being a young, innovative team, they realized they could leverage the power of community and use their JunctionX network to host smaller hubs around the world, ensuring attendees could participate virtually or locally.

"Our JunctionX network was key. Since we had such a great organizer community worldwide already, we realized we could all do something together at the same time, even though we are not physically in the same place," says Eero Kere, former Head of Operations.

The JunctionX network comprises mostly of previous participants of Junction hackathons, who want to be more involved in the community and organize Junction-branded events themselves.

And in the end, they established 11 hubs around the world, ensuring attendees who were able to attend locally had the option (following all guidelines, naturally).

Provide an open platform so anyone can join in a way that suits them best - achieved! ✅ 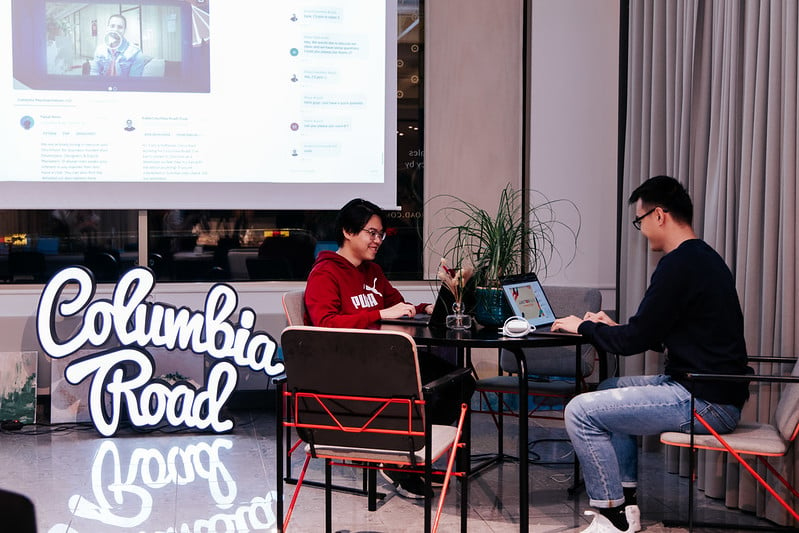 What this did for the team was ensured that participants could collaborate locally, while being connected still virtually with the remainder of the hackers.

But how did they manage 11 different locations?

"We had one dedicated team member who coordinated the whole global process and global operations, so it was good to have someone who always knew what was happening and who was doing what," says Brax. "That was what made it truly possible."

While creating different hubs takes a ton of coordination, it is possible through a strong reliance on community and a healthy network.

And while each hub managed their event differently, Brella was the essential link for them all, ensuring all 11 hub events were united through:

Ensure all hubs are connected and aligned - achieved! ✅

"It was fun how proactive all the hub organizers were, which made it easier for us to coordinate something that we couldn't physically see or be there to help with, like building the venue."

While hybrid experiences are new to everyone, attendees had some great feedback from the event.

"The app was very intuitive and cool looking. Also, it was perfect for a hackathon, since it integrated everything we needed: chats, info about challenges, streaming, etc."

"Junction Hackathon was a unique and unforgettable event. I learned so much about programming and teamwork too."

"It was a great platform to connect with people worldwide!"

Through clever usage of Brella's hybrid event platform, the Junction team succeeded in ensuring their attendees could tune in and participate from wherever they were - whether they were in the main event, one of the hubs, or from their own couch.

"The overall concept - taking the hubs to the event, it was amazing. We are so happy with the community feeling and atmosphere around the world, and how we could connect people in the hubs, that was something really amazing."

And one of the winning teams was composed completely of virtual participants - showing that great collaboration can happen without face-to-face contact (a welcoming sign for remote teams everywhere!).

What about the partners? Junction boasts a strong partner network, but the hybrid hackathon was something new for many of them, and there was some disappointment voiced from partners at the lack of a physical gathering.

And perhaps worst of all, Junction had to cancel their main hub in Helsinki after the second wave of Corona blocked the event.

However, with strong connections with partners and a genuine desire to bring the same value to them, they came up with new ideas to achieve their goals. 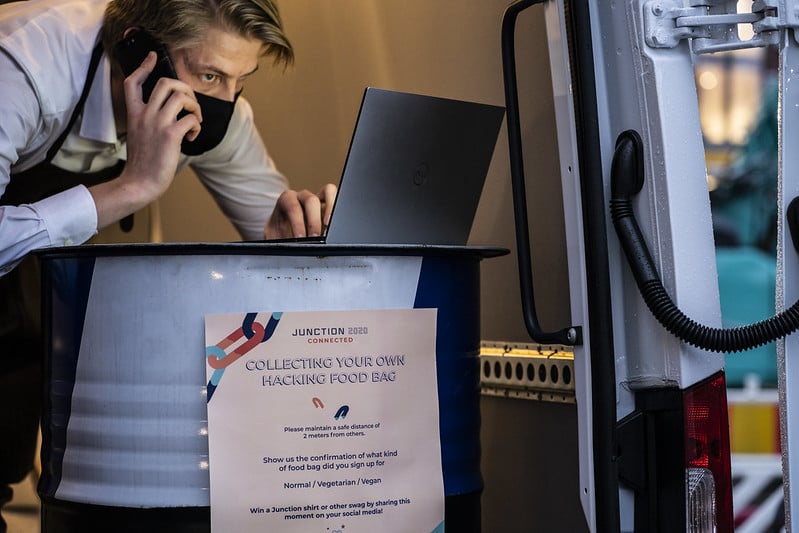 So in short - by leveraging their existing network, using a lot of ingenuity, and utilizing a world-class hybrid event platform to its fullest, this small team achieved big things while staying local and socially distant.

What started out in 2015 as a single hackathon in Helsinki, Finland, has now started a movement of tech events all around the world. The event-filled year peaks annually with their flagship event, Junction, held in Finland with around 1,500 developers and designers in attendance every year.

Life as a Lead QA